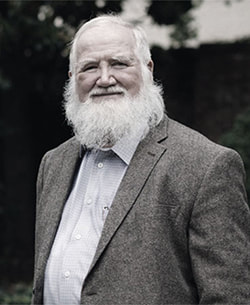 Bradley Harper is a retired U.S. Army Colonel and pathologist who has performed over 200 autopsies and some 20 forensic death investigations. A life-long fan of Sherlock Holmes, his debut novel, A Knife in the Fog, involved a young Dr. Conan Doyle in the hunt for Jack the Ripper. It was a finalist for a 2019 Edgar Award by the Mystery Writers of America for Best First Novel by an American and is a Recommended Read by the Arthur Conan Doyle Estate. Knife went on to win Killer Nashville's 2019 Silver Falchion Award as Best Mystery. The audiobook, narrated by former Royal Shakespearean actor Matthew Lloyd Davies, won Audiofile Magazine's 2019 Earphone Award for Best Mystery and Suspense. The book is also available in Japan via Hayakawa Publishing. His second novel, Queen's Gambit, involving a fictional assassination attempt on Queen Victoria, Won Killer Nashville’s 2020 Silver Falchion Award both for Best Suspense and Book of the Year.

Dr. Harper earned an Associate Degree in Creative Writing in 2018 at Full Sail University and in August of 2022 completed a M.A. in Creative Writing at Napier University in Edinburgh, Scotland. He has been published in The Strand Magazine, Flash Fiction Magazine, and The Sherlock Holmes Mystery Magazine. A personal essay on his experience as a professional Santa Claus was published in the 2021 Chicken Soup for the Soul, The Blessings of Christmas. Dr. Harper is a member of the Mystery Writers of America, Authors Guild, The Virginia Writer’s Club, and Sisters in Crime. He has been married for 49 years to a cute little girl he met in the ninth grade. They have two daughters and two grandchildren, all prodigies. Visit his website at www.BHarperAuthor.com.