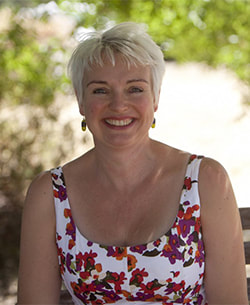 Catriona McPherson, our headliner, is the national best-selling author of over 25 crime novels. She began with a series of preposterous detective stories, set in her native Scotland in the 1920s, and featuring gently-born amateur sleuth Dandy Gilver. These 14 books have won multiple Agatha, Macavity, and Lefty awards for best historical fiction.

Soon, she branched out into contemporary writing with a strand of stand-alone psychological thrillers, the latest of which is Strangers at the Gate, and has won two Anthony awards for these, as well as being shortlisted for the Edgar and three times for the Mary Higgins Clark award.

Finally, after eight years as an immigrant in northern California, she embarked on the Last Ditch trilogy of comic crime capers, written with love and no judgement (honest) about her new home. The first, Scot Free, won the 2019 Lefty award for best humorous mystery, and the following, Scot and Soda, is now nominated for the same award. Publishing being what it is, Catriona is now hard at work on the fourth book of the trilogy, along with Dandy Gilver number fifteen, and an ambitious ninth standalone, which has so far run to ten drafts.

Catriona is a proud lifetime member and former national president of Sisters in Crime. Visit her website at www.CatrionaMcPherson.com.
* Be sure to check out Catriona's interview (conducted by Kellye Garrett) at 1PM*