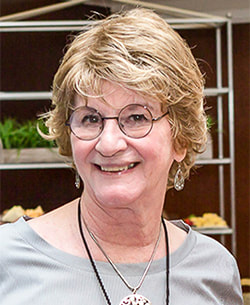 She grew up in Missouri, then headed further south to join the staff of The Atlanta Journal-Constitution. As a reporter, Gerrie traveled the Tobacco Roads of Georgia, Virginia, and Alabama, and the narrow, historic streets of New Orleans. She wrote about Natchez, Mississippi's unique history, Florida's diverse population, and the Outer Banks' struggle to keep the Cape Hatteras light house from toppling into
​the sea.

Geri's life has always been busy but she always knew when she retired, she'd write crime fiction. She covered crime for the newspaper. Read crime is sordid, with no romance or redeeming features. Justice often doesn't prevail. Real people go back to miserable lives. "In writing fiction crime," Gerrie says, "I can make the good guys winners and give the bad guys what they deserve." She lives on the coast of Georgia with her husband, Alan.