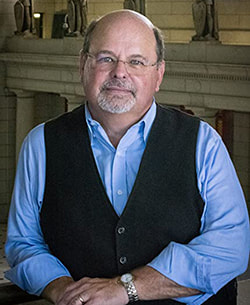 ﻿﻿﻿﻿﻿﻿﻿John Gilstrap is the New York Times bestselling author of award-winning action novels, including the Jonathan Grave Thrillers and the Victoria Emerson Thrillers. A master of action-driven suspense, he's touted as one of the most accomplished writers on the planet and his books have been translated into more than 20 languages. He is the recipient of an International Thriller Writers Award for Against All Enemies and a two-time ITW Award finalist. He also won the ALA Alex Award for Nathan's Run, which was optioned for film by Warner Bros. The third of his acclaimed Victoria Emerson thrillers, White Smoke, is publishing in February 2023.

A nationally-recognized weaponry and explosives safety expert, John frequently speaks at conferences, events, clubs, youth programs, and military bases. He is a former firefighter and EMT with a Master's degree in safety from the University of Southern California and a Bachelor's degree in history from the College of William and Mary in Virginia. Visit his website at www.JohnGilstrap.com.