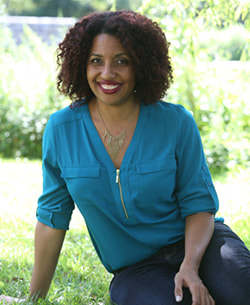 Kellye Garrett’s first novel, Hollywood Homicide, was released by Midnight Ink in August 2017 and was named one of BookBub’s Top 100 Crime Novels of All Time.  In addition to receiving starred reviews from Publishers Weekly and Library Journal, it won the Agatha, Anthony, Lefty and Independent Publisher “IPPY” awards for best first novel. It was also nominated for the Macavity Award for Best First Mystery Novel and Barry award for Best Paperback Original. Hollywood Ending, her second book in the Detective by Day mystery series, was chosen a best mystery of 2018 by Suspense Magazine, Book Riot and CrimeReads, which called it the most fun book of the year. In addition to being featured on the TODAY Show’s Best Summer Reads of 2019, it was nominated for an Anthony Award for Best Paperback Original and a Lefty Award for Best Humorous Novel. In addition to writing, she currently serves on the national Board of Directors of Sisters in Crime as its Publicity Liaison.

​Kellye previously spent eight years working in Hollywood, including a stint writing for the CBS drama Cold Case. People were always surprised to learn what she did for a living—probably because she seemed way too happy to be brainstorming ways to murder people. A former magazine editor, Kellye holds a B.S. in magazine writing from Florida A&M and an MFA in screenwriting from USC’s famed film school. Having moved back to her native New Jersey, she spends her mornings commuting to Manhattan for her job at a leading media company—while still happily brainstorming ways to commit murder. Visit her website at www.KellyeGarrett.com.