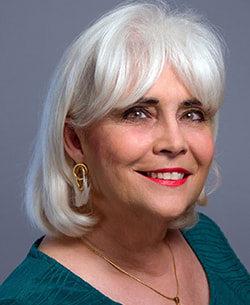 Retired from law enforcement in Virginia, award-winning author Allie Marie began writing mysteries inspired by by colonial ancestors she discovered while researching her family tree. Her first book, Teardrops of the Innocent: The White Diamond Story, was released in the fall of 2015. As a second place winner in New England's Reader's Choice Awards competition paranormal category, it was followed by the second book of the series, Heart of Courage: The Red Ruby Story, released in May 2016 and was the winner of the IRC Readers' Choice Awards for Best Book in both Mystery Romance and Romantic Suspense categories. Her third book in the series, Voice of the Just: The Blue Sapphire Story, released in February 2017. The fourth book, Hands of the Healer: The Christmas Emerald, released in March 2018, winning the Rocky Mountain Cover Art Contest. The final book in the series, Child of Time: The Pearl Watch, released in April 2019. Allie recently released a standalone, Return To Afton Square.

Allie spends her free time enjoying travel with her husband Jack. Visit her on Facebook at ​www.Facebook.com/Author-Allie-Marie.