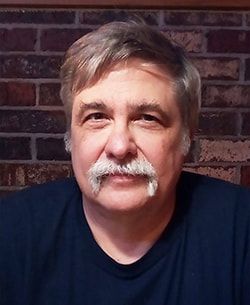 ﻿﻿﻿﻿﻿﻿Dana King writes the Penns River series of police procedural novels; White Out, book seven, is the most recent. He also writes the Nick Forte private investigator novels, two of which (A Small Sacrifice and The Man In The Window) earned Shamus Award nominations from the Private Eye Writers of America. His short fiction has appeared in numerous anthologies and websites, and he is a frequent panelist and moderator at conferences. Visit his website at www.DanaKingAuthor.com.